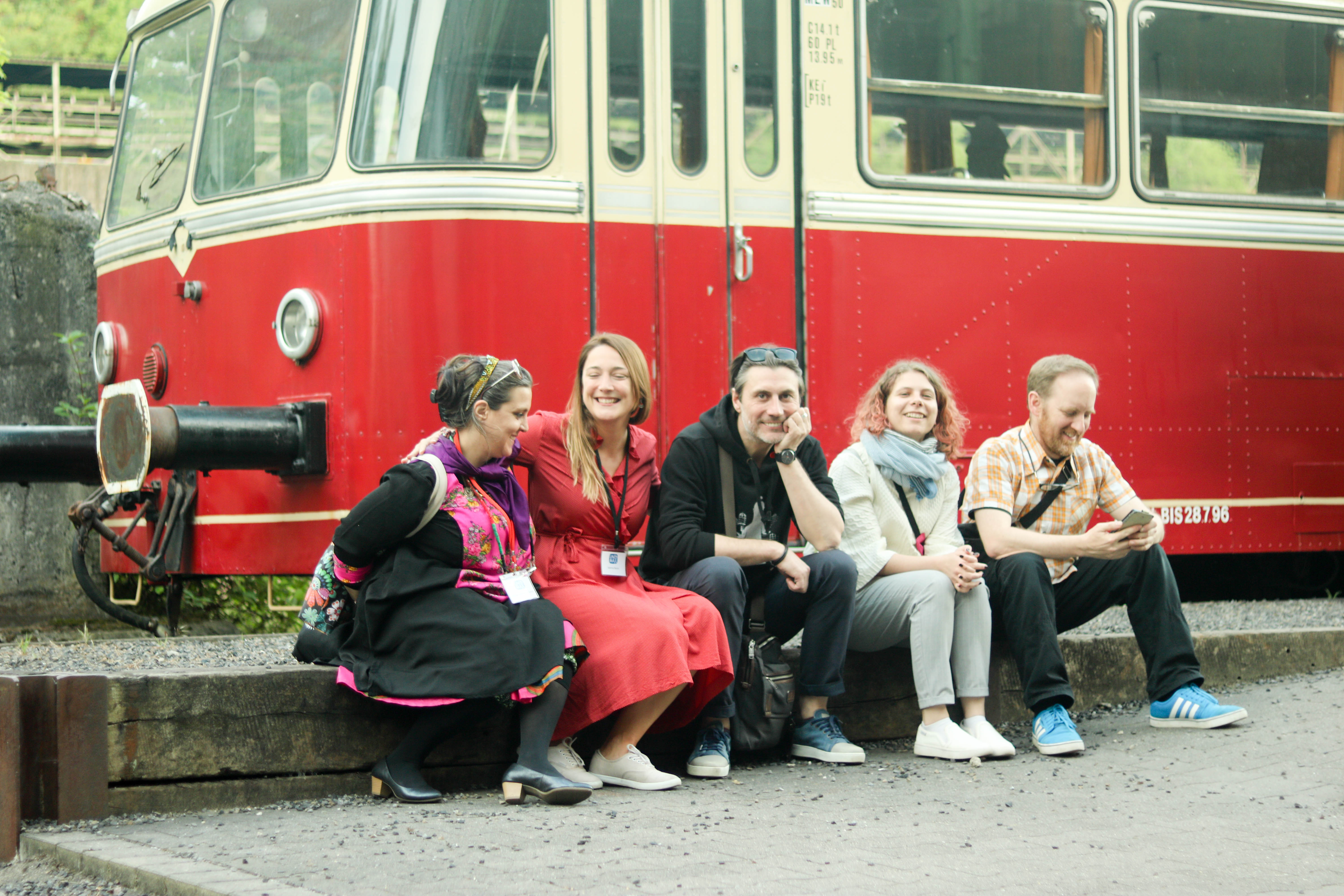 UNIMA YOUTH Commission together with the International Puppet Festival “Ryazanskie Smotriny“ in cooperation with the Russian National Center of UNIMA announces the start of a new project that is aimed to fulfill a professional creative exchange among young puppeteers around the world.

The project is thought to be a creative short-term residence held at international festivals, implying joint practical work, creative exchange and familiarization with the cultural world of the hosting region. Our goal is to surpass language and political barriers through our common passion – puppet theatre, as well as exchange of experience and information, and the establishment of creative connections between young puppeteers from different parts of the world. Another objective of the project is to introduce a new generation of puppeteers to the activities of the International Union of Puppet Theater – UNIMA.

This year we invite young puppeteers to apply for a residency program within the International Puppet Festival “Ryazanskie Smotriny“.

The “Ryazanskiye smotriny” Festival is one of the largest and oldest international festivals of puppet theater in the former Soviet Union. Its history began in 1989, and for 30 years of its existence it became one of the most popular and favorite festivals among puppeteers and spectators from different cities of Russia and the CIS-region, as well as foreign countries.

The Residence will offer an opportunity to:

Within the framework of the “Youth in Progress 2019”, 8 participants from different parts of the world will arrive in Ryazan a week before the festival starts. Under the guidance of experienced puppeteers and teachers Boris Konstantinov and Viktor Antonov, will create a capsule performance, which they will present in the first days of the festival, as a special part of the Festival’s program. The main topic of YIP 2019 is “We all live under the same moon”.

Boris Konstantinov is a Russian director of the puppet theater, teacher, playwright. Since 2013 – the principal director of the State Academic Central Puppet Theater named after S. Obraztsov. Winner of the Russian National Theater Award “Golden Mask”. He worked in the diploma commission of the national school of puppet art in Charleville-Meziere. From 2016 – on the Executive Committee of the International Puppet Union UNIMA, elected President of the UNIMA Youth Commission. Since 2017 – he is co-master of the puppetry course (together with artist Viktor Antonov) at the Russian Institute of Theatrical Art (GITIS), Moscow.

Viktor Antonov is a known stage designer and master-puppeteer winner of the Russian National Theater Award “Golden Mask. Since 2017, he has been the co-master of the puppetry course of directors and art directors of the puppet theater (together with director Boris Konstantinov) at the Russian Institute of Theatrical Art (GITIS) in Moscow.

ALL applicants have to send a short video-introduction about themselves by email to youth@unima.org before the deadline. Video should include answer to the question: “What are my expectations for the residence?”. Without the video your application would not be accepted.