UNIMA’s statement towards the arrest of two Spanish puppeteers in Madrid, Spain 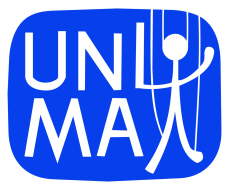 We at UNIMA, the world puppet organization and one of the oldest International theatre organisations in the world, have learnt from various sources that the two Spanish puppeteers, Raúl García Pérez and Alfonso Lazaro de la Fuente were arrested, then released without their passports and their puppets, waiting for their return in court.
While underscoring the value of the right to freedom of speech, without going into the merits of the case, it is our stand that no individual should be denied his fundamental rights, and his freedom of speech, which includes the right to have a fair hearing which is a basic principal to all democracies, but also to UNESCO which UNIMA is affiliated to, as stipulated in the preamble of our statutes: “UNIMA (Union Internationale de la Marionnette) is an international Non-Governmental Organization bringing together people from around the world who contribute to the development of the art of puppetry, with the objective of using this art in the pursuit of human values such as peace and mutual understanding between peoples, regardless of race, political or religious convictions and differences in culture, in accordance with the respect of fundamental human rights, such as defined in the Universal Declaration of Human Rights of the United Nations of December 10th, 1948.”
Consequently, since Spain is a democratic country, UNIMA hopes that the puppeteers in question and all the artists/puppeteers would be fully heard before any final decision is taken in the matter.
That it be given to the puppeteers the right to defend themselves giving their point-of-view regarding their performance.
The shows and the characters that the puppets are playing are a heritage of humanity, in conveying ideas, histories, expressions and the voice of the people, which are at the core of any secular democratic nation.
Puppeteers should never go to jail because of the content of their shows. UNIMA is based on human rights – freedom of speech is important to puppeteers all over the world.
Words of John F. Kennedy:
An artists concern for justice is part of nation building. Society must set its artists free to nourish the roots of culture. In free society art is not a weapon.