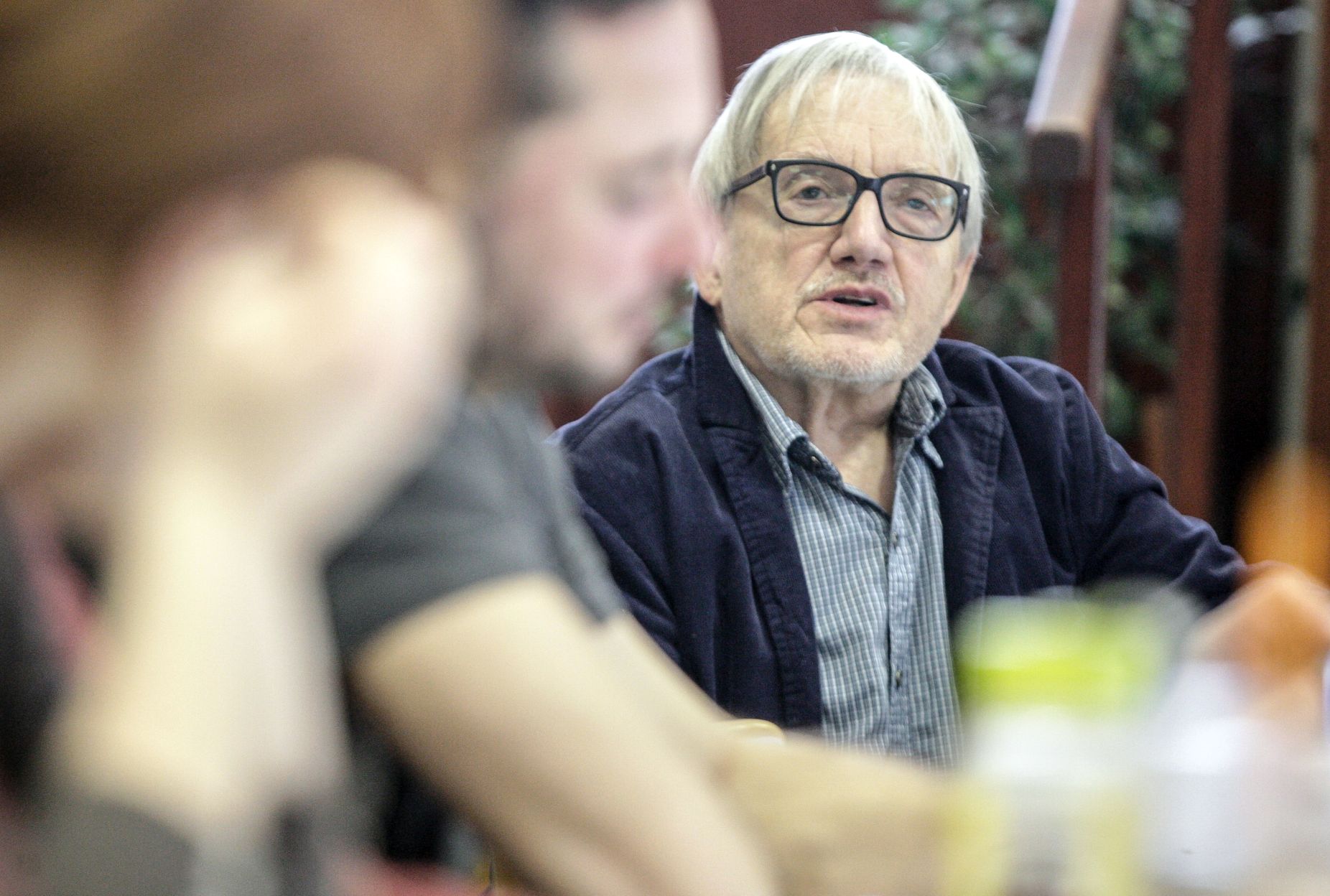 Czech set designer and pedagogue. He was born in 1944, graduated from the puppet set design department at the Prague DAMU (Drama Academy of Fine Arts). In 1964–66 he was a visual artist at the Kladno Středočeské loutkové divadlo (Central Bohemian Puppet Theatre) and afterwards in 1968–74 he was active at Divadlo dětí (Childrens’ Theatre) in Plzeň. Here his individual artistic imagination was developing especially in cooperation with directors J. Středa, K. Makonj and K. Brožek. He achieved an important success with his set design for the staging’s of J. A. Komenský and V. Nezval: Labyrint světa a ráj srdce (Labyrinth of the World and Paradise of the Heart, 1970), A. Břízová: Zlatovláska z Chlumce (Princess with Golden Hair of Chlumec, 1972) and J. N. Lašťovka: Jan Žižka na hradu Rábí (Jan Žižka at the Rábí Castle, 1974). But it was only his arrival at the Loutkové divadlo DRAK (DRAK Puppet Theatre) in Hradec Králové in 1974 which meant an essential breakthrough in his creative work. Here he strengthened his participation in the semantic results of the performance especially in cooperation with the director J. Krofta and so he took part in forming DRAK’s poetics. M. is a supporter of the anti-illusionary stage set. In his set design work the resolution of space and functional variability of the stage are the most decisive factors. In a number of performances a central object of the set design has created the stage (such as J. Vladislav: Popelka (Cinderella, 1975); J. Kainar: Zlatovláska (Princess with Golden Hair, 1981); M. Klíma: Kalo Mitráš, (1982) and K. Sabina: Prodaná nevěsta (The Bartered Wife, 1986) not only allowing dynamic changes in the performing environment but also creating an active for actors regardless if they are unconcealed animators or dramatic partners of the puppets. This resolution in which the artistic element of a puppet and costume also has an essential role, aimed towards the metaphoric resulting impression of the stage visual communication in such works as Plachetka’s Cirkus Unikum (Unikum Circus, 1978). Shakespeare’s Sen noci svatojánské (Midsummer Night’s Dream, 1984), J. Švarc’s Píseň života (Song of Life, 1985), M. Klíma’s and J. Krofta’s Mlýnek z Kavaly (Little Mill of Kavala, 1986) belong among the peak performances from the eighties, and in the nineties Babylonská věž (The Tower of Babel, 1993), Pinokio (Pinocchio, 1992) and Don Quijot (1996). He also has many cooperative activities with many puppet theatres abroad and since 1990 he has been a pedagogue at the Alternative and Puppet Theatre Department of DAMU. As a major representative in active set design he has very significantly influenced the development of all Czech puppet theatre and dramatic theatre as well.

Read the international message he wrote on the occasion of World Puppet Day in 2009.