Brief history
POLUNIMA was founded on July 21st, 1961 as the Polish Centre of UNIMA. The establishment was preceded by years of co-operation of Polish puppeteers with foreign puppeteers. The contacts with UNIMA were initiated in the early Thirties by Jedrzej Cierniak, then associated with the Institute of Folk Theatres. Closer co-operation was established by Jan Izydor Sztaudynger, organizer and popularizer of puppetry in interwar Poland, author of the first book on puppetry to appear in Poland, “Marionettes” (Lvov 1932). After the Second World War, international co-operation was initiated by Henryk Ryl, founder of the Arlekin Puppet Theatre of Lódz. Ryl was elected member of the UNIMA Praesidium at the 5th UNIMA Congress in Braunschweig, 1960.
During the preparation of the 7th UNIMA Congress in Warsaw (1962), the Polish Centre of UNIMA was established. From 1972 to 1980 Poland was the headquarters of international UNIMA with Henryk Jurkowski serving as Secretary General. He was UNIMA’s President from 1984-1992. He also served as founding Editor-in-Chief of the World Encyclopedia of Puppetry Arts.

Important projects and achievements
POLUNIMA organizes and supports festivals, exhibitions, conferences and workshops; the promotion and exchange of theatre ensembles and actors; the exchange of manuscripts and the publication of international literature: for example, on the szopka,  “O szopce. Studia i szkice” by R. Wierzbowski; on history, “The History of the Puppet Theatre in Poland before 1945” by M. Waszkiel and “A History of European Puppetry” by H. Jurkowski; on technique, “The Rod Puppet Theatre” by A. Polakowski and M. Waszkiel; on theory, “Essays on Theory of the Puppet Theatres” by H. Jurkowski; and the series “Lalkarze” (34 books, each one devoted to an outstanding figure of Polish puppetry). It issues a magazine in Polish and English, “Teatr Lalek” (Puppet Theatre) and an information bulletin “Animator”. 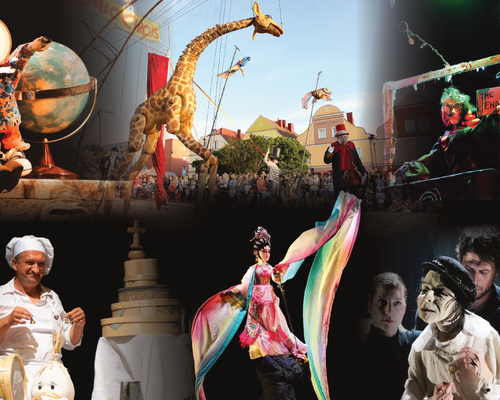 Dear Friends! We would like to inform You that the 35th jubilee edition of the International Theatrical Festival VALISE will take place 9-12 of June 2022 at the Puppet and Actor Theatre in Łomża. We sincerely hope that after months of isolation and restrictions, we will be able to organize the entire Festival live, allowing […]