Brief history
Under the name “Union of Chilean Puppeteers”, UNIMA Chile, was established on November 15th 1983, with a group of puppeteers who participated in the 2nd Festival International of Viña del Mar. Adolfo Schwarzenberg, manager of the Festival, initiator of the project of creation of the centre, Ana María Allendes (Honorary Secretary) and Eugenio Beltrán (Hon. Treasurer), constituted the first Board, with an open invitation to the Chilean puppeteers.

Important projects and achievements
Festivals were organized in Viña del Mar (1985), and in Temuco (1986) with the illustrious Catholic University in Melipilla. (1987). In 2010, with the Commission’s cooperation, UNIMA Chile organized aid for the victims of the earthquake of February 27th. It also organized the Day of the Puppet? in the vicinity of the Museum of Fine Art, with presentations and workshops. In 2012 it sponsored the 1st Latin American Festival of puppet theatre “Puppet Adventurers” which was held in Santiago de Chile. 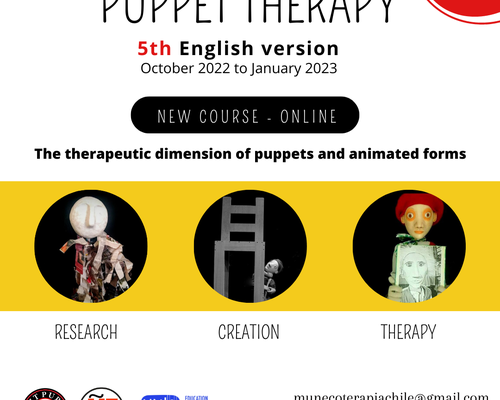 Muñecoterapia Chile is calling all the applicants for the 5th version of its International Online Diploma in Puppet Therapy. Call and organize: Muñecoterapia Chile & Puppets in TransitSponsor: UNIMA Education, Development and Therapy Commission This Online Diploma is designed and focused on the use of puppets and objects in their expressive and therapeutic dimension; to […] 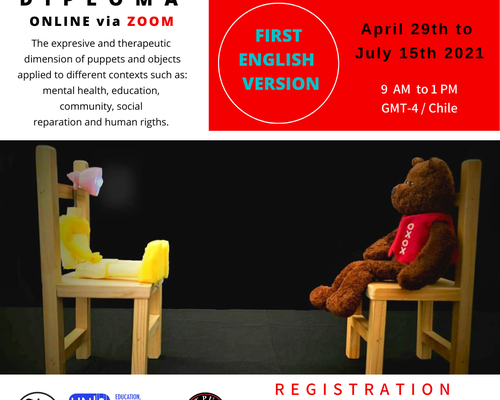 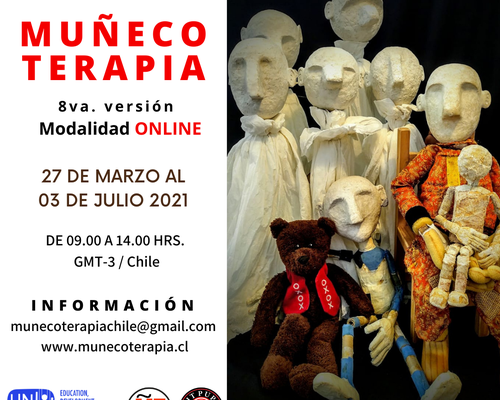 Muñecoterapia Chile is calling all the applicants for the eighth version of its International Online Diploma in Puppet Therapy. 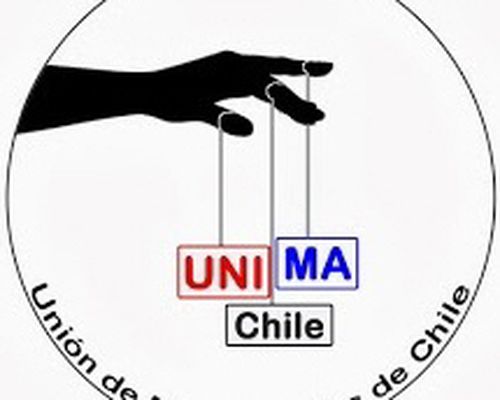 The UNIMA Chile invites you to consult regularly its Blog, where it is publishing news concerning the puppetry world in its country. Currently, there, is presented a statement about the puppeteers between 2013 and 2014. Read the blog