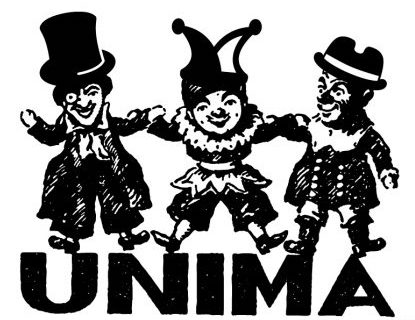 Conceived as a four-day gathering of puppetry experts, significant personalities from the field of puppetry, UNIMA representatives and aficionados of puppetry and theatre. The event will take place in Prague on 6 – 8 June 2019.

To mark the 90th anniversary of the founding of UNIMA, an international conference “The Role of UNIMA in the Recognition, Development and Importance of Puppetry in the 20th Century and its Visions for the 21st Century” will be hold on 7 June 2019.

The programme “UNIMA celebrates 90 years” will take place during the oldest and biggest regular world exhibition of scenography and stage architecture, the Prague Quadrennial, and will include a discussion block on the theme of exhibiting puppets, titled Hanging Out (Puppets on Show), as part of the PQ Talks on 6 June 2019. Other events include the opening of the exhibition UNI…What? UNIMA! 100 Countries, 90 Years, 1 Passion, mounted by the Chrudim Puppetry Museum and UNIMA Soirée in the Empire of Puppets theatre, same venue where UNIMA was established 90 years ago. Foreign guests will also have an opportunity to attend a lecture about contemporary puppet theatre and visit puppet and theatre performances within the programme of PQ+ and in Alfa Theatre in Pilsen.

This UNIMA celebrates 90 years event is organized by the Czech UNIMA Centre, the Arts and Theatre Institute and the Chrudim Puppetry Museum.

The partners of the event are the Ministry of Culture Czech Republic, the City of Prague, the National Museum, the Empire of Puppets Theatre, The National Marionette Theatre and The Academy for Performing Arts in Prague.

The event is convened under the auspices of the Czech Commission for UNESCO.

Conference: “The role of UNIMA in the recognition, development and importance of puppetry in the 20th century and its visions for the 21st century”

HANGING OUT (Puppets on Show)

International guests and Czech puppeteers will meet in the theatre in which UNIMA was founded on May 20, 1920. The presenter of the main evening program will be Kasperle from Empire of Puppets, made by Vojta Sucharda. He will present Tchantchés from Belgium, Pulcinella from Italy, Punch from England, Kašpárek from Bohemia, Petrushka from Russia, Giugnol from France and Kasperle from Germany. All of them will perform with their current performers. And they may be more surprises to come. The evening will also see an exhibition, screening and a guided tour of the theatre, which has been under reconstruction for the past two years. Then the visitors will have a chance to meet personally and chat with a glass of wine in theatre’s clubroom.