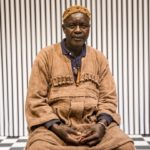 COULIBALY Yaya, Mali
Compagnie Sogolon (SAS), Puppeteer, Manipulator, Teacher, Researcher, Director, Storyteller, Singer and Dancer
Founding President of the Sogolon Company created in 1980, the first puppet theatre company in Mali. Very early initiated into mystical knowledge, direct descendant of the King of Segou, he inherited from his father the mastery of puppet theatre, which occupies a first-rate place in the initiation rites of secret societies. Later, he studied at the National Institute of Arts. (INA) in Bamako and then at the International Puppet Institute in France, at the École Nationale Supérieure des Arts et de la Marionnette (ESNAM) in Charleville-Mézières in France. In Paris, he frequents ethnologists and actively participates in the construction of Western knowledge on traditional West African societies and takes part in scientific research related to their objects. The Sogolon company has been creating shows for more than thirty years and trains Malian, African and European actors and artists. President & Artistic Director Cie Sogolon (SAS). Cultural Expert of the Francophonie (OIF) (since 2006). President of the jury of the giant puppet competitions (OIF) (since 2008). Diploma of Recognition issued by the UNIMA Heritage Commission (March 2016). Knight of the National Order of Mali (since January 2015). www.sogolon.ml
www.facebook.com/Compagnie-Sogolon-SAS-2247138438684076 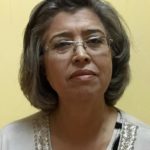 JENDOUBI Habiba, Tunisia
Domia production, puppeteer and director
Within her company, Habiba Jendoubi has received numerous awards. She has also been a trainer for educators and children of the Institute for the Promotion of the Handicapped (IPH) of La Manouba, and has ensured the transmission of her puppet profession in its diversity of contemporary requirements, between 2006 and 2012, to students of the Higher Institute of Dramatic Art in Tunis. https://www.facebook.com/habiba.jendoubi 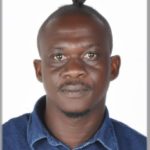 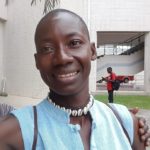 GOMIS Patricia, Senegal
Pôle Culturel Djaram’Arts arts centre for youth, actress and artistic director
The Djaram’Arts centre is unique in Senegal, with a 150-seat theatre. It is a place for artistic creation, dissemination and research, it is also a training space in the fields of puppet theatre and circus arts. It integrates a resource and documentation centre on theatre and puppets, as well as a reception and accommodation space for my artists. www.Djarama.ong
www.facebook.com/DjaramaDakar 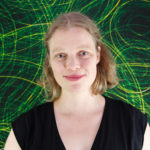 VAN NIEKERK Naomi, South Africa
Dryfsand, Animated Film Director, Puppeteer
Naomi van Niekerk (South Africa 1984) is a hybrid multimedia artist working in film, theatre, installation and printmaking. Her extensive training and work in the field of puppetry prepared and inspired her to breathe life into inanimate materials, be they objects or liquid powder that are animated frame by frame with the help of a camera. As a stop-motion animator, she creates short films of hauntingly poignant power, based on sensitive interpretations of South African poems that speak to her. These shorts have been widely acclaimed, including Best Debut Film at the Annecy International Film Festival (for An Ordinary Blue Monday) and selection in the international programme of the Oberhausen International Short Film Festival for My Mum’s Bonkers. www.dryfsand.com 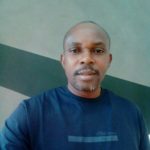 Kaoua-Leturmy Faustin, Congo (Brazzaville)
Cie Wari mumvuka, author, director, actor
Artistic director of the company Wari mumvuka that he founded in Burkina Faso, Faustin Kéoua Leturmy is now based in Brazzaville, Republic of Congo where he was born. Trained in multidisciplinary theatre in Brazzaville and street theatre in France, he now directs his own plays (L’Epouse et veuve, Le Palais des vautours, Le Mil de la Mort, Passe pas l’homme). He has received several awards and distinctions for his theatre : writing residency in France at the festival Les Récréatrales in 2006, nominated “best author” for the 2010 “Grands Prix Afrique du Théâtre Francophone” (Cotonou/Benin), winner of the Institut Français “Afrique en création” programme in 2012 and resident at the Cité Internationale des Arts in Paris, winner of the 2012/2013 French-speaking drama prize (Inédits d’Afrique et d’Outre-Mer), invited to the 2018 edition of the Festival Regards Croisés organised by Le troisième bureau in Grenoble (France). His play Passe pas l’homme as well as his novels Dans les couloirs du campus and Coupe le lien are published by Editions l’Harmattan. The themes he deals with are the living conditions of young Congolese, African and Afro-African immigration. www.facebook.com/faustinraysac.keoualeturmy.1