To evaluate the impacts of the COVID-19 crisis in the world puppetry arts sector, UNIMA International wishes to participate in the RésiliArt project initiated by UNESCO, to which it is partner.

ResiliArt is a global movement that consists of a series of virtual round tables with artists and key professionals in the sector, whose objective is to raise awareness of the considerable impact of the containment measures and subsequent restrictions on the culture sector, as well as to support artists by engaging in a dialogue to inform UNESCO Member States in the development of policies and financial mechanisms that can help individuals and creative communities overcome this crisis.

The round tables will take place every week in one of these 5 languages: French, English, Spanish, Russian, Chinese. 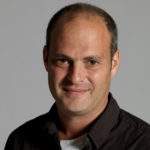 Sebastian Blutrach, Argentina
Director of the Teatro Nacional Cervantes
Producer in several shows in Spain, coordinating international tours. In 1997 he settled in Buenos Aires and continued to carry out the executive production, general production and tour design of various works. He was production manager of “El método Gronholm” (Clarín Award, ACE Award and Estrella de Mar Award), general producer of “La Forma de las Cosas”( ACE award best comedy), “Toc-Toc”, “Forever Young”, “Sonata de Otoño”, “Traición”, “El Comité de Dios”, “Bajo Terapia”, “Jugadores” “I. D.I.O.T.A.” “Invincible”, “The Little Pony” “The Test”( ACE best dramatic comedy), “Fantastic Exercises of the Ego” ( ACE award best production), “Love Therapy” among other dozens of works. Currently he works in Argentina and Spain with productions in both countries. He is the producer of Luis Pescetti’s shows. In 2012 he inaugurated and enhanced the Picadero Theater. Between 2015 and 2018 he was part of the board of directors of the National Fund for the Arts, as Director of the Performing Arts area. In January of this year he resigned from the presidency of AADET (Argentine Association of Theatre Entrepreneurs) to assume the artistic and production management of the Teatro Nacional Cervantes, the only National Theatre under the Ministry of Culture of Argentina. 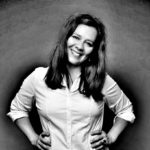 Haydeé Boetto, Mexico
Director of Programming of CENART under the Ministry of Culture of Mexico
ACTRESS / DIRECTOR. Studied Dramatic Literature and Theatre at the Faculty of Philosophy and Letters of the UNAM. She has worked as a professional actress since 1990. Since then she has participated in more than 50 productions with outstanding directors and companies in Mexico and abroad. As an actress and director she has represented Mexico in The Charleville Festival, the Shakespeare Festival of Dallas, the International Puppet Theatre Festival of New York, the International Festival of Tolosa, the FIT of Bilbao, the Red Colombia Teatro, the Festival Iberoamericano de Teatro de Cádiz, the Festival de Latin Theatre de Virginia, USA, the World Fair of Shanghai, China, the FIDAE Uruguay, Santiago a Mil, Festival de Caracas, Teatralia-Madrid and the Festival Iberoamericano de Teatro en Heidelberg, Germany, among others. She has written and adapted a dozen texts for the theatre. She was also awarded the Wings and Roots Award (2011), the award for best new actress by the Mexican Association of Theater Critics (2002) and the Golden Fish Award (2016). She has received a scholarship from the National Fund for Culture and the Arts in the program of Creadores Escénicos con Trayectoria and is the director of the company Núbila Teatro (a space for stage creation). In 2017 she was appointed National Sub-coordinator of Theatre at INBA. She is currently in charge of the Artistic Programming Direction of the National Center for the Arts in Mexico.

Rubén Darío Salazar, Cuba
Secretary General of Unima Cuba and director of the group Teatro de las ESTACIONES
Artistic director, actor, puppeteer, theatre researcher and theatre teacher. He has directed the Teatro de Las Estaciones since its foundation in 1994. He has a degree in Performing Arts and a Master in Stage Direction from the University of the Arts in Havana.  Among his productions are La niña que Riega la Albahaca, 1996, Pelusín y los pájaros, 2001, La caja de los juguetes, 2003, La Virgencita de Bronce, 2005, El patico feo, 2006, Los zapaticos de rosa, 2007, Federico de noche and Por el monte carulé, 2009, Canción para estar contigo, 2011, all winners of the Villanueva Theatre Critics’ Award. He has participated in festivals, fairs, and international scenic days. He has published in specialized theater magazines and in national and foreign editorials. Together with Norge Espinosa, he won the Rine Leal Theatre Research Award 2009, with the book Mito, verdad y retablo: el guiñol de los hermanos Camejo y Carril, also a National Literary Critics’ Award, in 2012. He is secretary general of Unima Cuba, international advisor of Unima and vice president for the Caribbean area of the Unima 3 Americas commission. 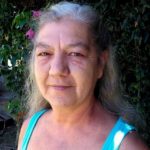 Raquel Ditchekenian, Uruguay
Director of the Museum of Live Puppet of Maldonado and President of Unima Uruguay
Puppeteer, director and teacher. She joined Gira-Sol Puppets in 1978, after years of street activity. She participates in shows in theaters with actors, musicians, and dancers. She has participated in shows of the group that were awarded with the Florencio prize twelve times.  Founding member of the Association of Puppeteers of Uruguay- UNIMA. Assistant of Education of the Living Museum of Puppetry, dependent on the National Direction of Culture-MEC, since 1999. Co-founder of the artistic-cultural cooperative Comica (Cooperativa Misericordia Campana). She participates with shows, conferences, receiving and giving workshops, in several countries of Latin America and Europe. She participates in several publications: The Puppet in the Classroom and Art in the School, among others. Currently president of ATU-UNIMA. 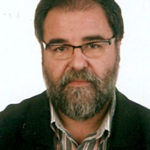 José Luis Melendo, Spain
Director of theTiteredata Study on the situation of the Puppet in Spain
Co-director of the Studio of the Sector of Puppet, Visual and Object Theatre in Spain and of the Platform TítereDATA. Responsible for the COVID-19 impact survey on the puppet and marionette theatre sector in Spain. More than 40 years dedicated to cultural management, during which he has been responsible for cultural programs of the City of Zaragoza and the Government of Aragon. He is the driving force behind the Network and Circuit of Performing and Musical Arts of Aragon, the International Forum of Performing Arts “Escenium” and other projects related to the performing arts, and the coordinator of the study “Consumer habits in the performing arts and music in the Autonomous Community of Aragon”. Design of the Master’s Degree in “Cultural Management and Policies” with the University of Zaragoza. Sub-directorate of the Master “Coordination and Teaching” of the Performing Arts Module since its launch in 2007 to date. Teacher of the Cultural Entrepreneurship Programme of the Instituto Aragonés de Fomento (2017, 2018 and 2019). Promoter and member of the governing team of CULTURSIC – Cultural and Creative Industries Hall of Aragon (2017-2019-2021). Director of different festivals. 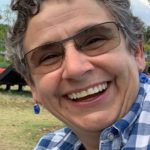 Liliana Mª Palacios, Colombia
Director of the Group Manicomio de Muñecos
Born in Bogotá, Architect of the National University 1989, she dedicated herself to teaching in the area of Continuous Art as a teacher but already in the field of puppetry as a university professor and through training workshops for puppeteers. She founded Manicomio de Muñecos in 1975 at the age of 10, under the influence of Topo Gigio, Sesame Street and the books “Títeres con Cachiporra” and “Titeres con Cabeza” by Angeles Gasset that were in her school library. In 2012, she was awarded the Mariona Masgrau Prize by the Centre for Puppetry Documentation in Bilbao (Spain) to honour an outstanding female puppeteer in the world. Manicomio de Muñecos under her direction, has obtained several awards at international and national level: In 2000, she participated with the play “LOS TRES CERDITOS” (Dramaturgy by Alejandra Barrada M. and Artistic Direction by Liliana) in the FESTIVAL DE MARIONETAS DE TOLOSA (SPAIN) and obtained the “txantxo de oro” award for the best show of the event. In 2009, at the IV Puppet Days in Bogotá, Manicomio de Muñecos received the “SAN SIMEON AWARD”. She has won creation grants: with the play “Un Loconcierto en chiva” in 1992, with the play “Miedo no te tengo miedo” in 2006 and with the play PimPom in 2013. In 2011, the Council of Medellín awarded Manicomio de Muñecos, the order of merit Don Juan del Corral, gold category, for its contribution to culture. 2011 Ministry of Culture “Aguinaldo Teatral” Award with the play “El zapatero y los duendes”, “Florencio” Award 2019 with the play Cuidado Con La Marimonda Generaciones de titiriteros have passed through the hands of this Architect of Puppets. 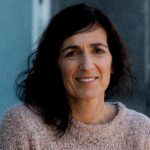 Olatz Peon, Spain
Mayor of Tolosa
Born on November 21st 1969 Diploma in Social Work by the UPV (University of the Basque Country) Married and mother of 4 daughters.2007-2011: Deputy Mayor of Tolosa and President of the Mancomunidade de Tolosaldea 2015-2019: Mayor of Tolosa, President of “Tolosaldea Garatzen” and “Gipuzkoako Urak” Currently, Mayor of Tolosa. General Secretary of AVIAMA (International Association of Puppet Friendly Cities).