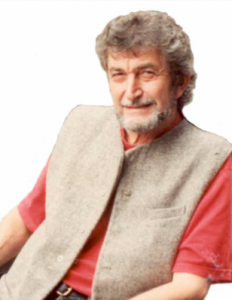 I am writing this message following my return from Banda Aceh, Sumatra, Indonesia where, on the sunny morning of 26 December 2004, the catastrophic tidal wave hit with the most force. One hundred and twenty-six thousand dead in just a few minutes, suddenly engulfed, perhaps right here, where I am standing. Heartbreaking, black desolation, written on the faces of the survivors.

With a few puppets in a suitcase, I have come to try and entertain the lost orphans, wandering up to their knees in puddles of poisoned, salty water, which just will not go away. I would have done better to be carrying bricks with the sweating workers who, all around me, are rebuilding the walls of demolished houses, if my seventy-five year old bones were up to it.

In the face of all the cares which these destructive natural forces had heaped upon their victims, my puppets stayed in their case.

This, in a nutshell, is how powerless our instruments are.

However, other destructive forces – those of men – do not stand defeated. After each bloody conflict, man seems to clamour for yet another crisis. From bad to worse, he cannot stop himself from walking the tightrope of the latest nuclear threat, as though it were written into his very being. We are all tainted with it.

In this year, 2006, humanity is being incited to race towards even greater polarisation between the various fundamentalist ideals, both in the East and in the West, towards the left and towards the right. How? By besmirching what the other holds most dear, be it Islam, freedom of expression, human dignity or other essential values.

Bringing a puppet into the midst of all this seems laughable. It makes people laugh, but not in the traditional sense, by delighting the audience: mostly because it is so powerless.

And all around us, this powerlessness is the true strength of the puppet. Because it is part of that “in spite of everything”, without which human beings would have perished long ago.

Times change. The puppet-master who, in days of yore, wanted to save the world, is happy today if he can live by his own hand. Let us, then, be humble, but without giving way to defeatism: let’s make our puppets dance, because that’s what we know how to do, because we are privileged to do what we love the most – and because our reward is and will be the emotion we kindle in so many hearts.

Born in Danzig Germany (nowadays Gdansk – Poland) on the 14th July 1931. In 1939, with the arrival of the Nazi Government to Germany, he goes into exile with his family in Sweden.
His first setting up was at his 18 and was the mediaeval farce of Mäster Pathelin. He studied, among others, with Harro Siegel at the High School of Decorative Arts of Braunschweig.
Founder and director of the Marionetteatern of Stockholm He was Vice-president of UNIMA from 1976 to 1988.