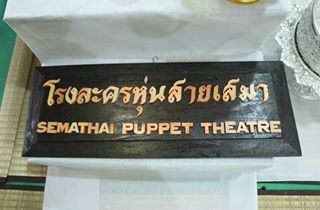 The international “Prix Michael Meschke for the Preservation and Renewal of Puppet Theatre Arts” has been granted to a theatre company from Thailand, namely the SEMATHAI PUPPET THEATRE of Bangkok directed by Piewnam Chalermyart for outstanding efforts to promote youth and puppet theatre.
The price, created in 1991, named after Swedish theatre director Michael Meschke, bi-annual and given for the sixth time includes an amount of 5.000 €.
It goes to Thailand for the second time, after the tradition of Nang Yai, preserved at Wat Ban Don, Rayong, was honoured.
The SEMATHAI company organizes a festival “Harmony Strings”, at Amphawa near Bangkok, dedicated to young companies for young audiences.