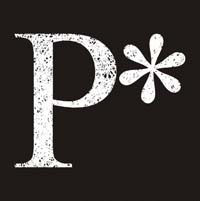 The Brazilian Journal on Presence Studies [Revista Brasileira de Estudos da Presença], an open access, peer-reviewed, online journal that does not charge submission or publication fees, invites submissions relating to the theme of PERFORMANCE AND ANIMATED FORMS, before the deadline of July 31, 2021.

Authors are invited to submit previously unpublished articles about performance and animated forms. This call is particularly interested in work that addresses both the tradition of animated forms and their contemporary manifestations.

Theatre of animated forms, puppet theatre, arts of the marionette, theatre of animation, theatre of objects and shadow theatre, amongst others, compose the constellation of terms used to refer to this artistic language. Even if each term refers to a specific form, animation is a fundamental principle common to all of them, pointing to a complex set of relations between life and death, the natural and the artificial, and the poetics of the inanimate. A diversity of nomenclatures has been created in an effort to describe this art form, indicating a practical domain that cannot be precisely framed.

We have recently lived through the turn of the twentieth to the twenty-first century, and have entered a new millennium. We observed with astonishment the technological expansion of our time and its effects, similarly to how – whilst recognizing the distinct proportions – people of the nineteenth century witnessed the consequences of industrialization and were taken by surprise by mass production. We observe the virtualization of space and relations, a return to animism. Robots and humanoids appear on stage alongside the organic bodies of actors, whilst artists continue to uphold traditional forms. In this context, what can animated forms offer? How do they manifest? What challenges and dangers do they involve? How can we forge a sense of self in relation to the non-human?

We understand that the action of giving movement to inanimate objects is intrinsically linked to human activity. In this sense, forms in movement are also objects of art, philosophy, history and civilization. By heeding Edward Gordon Craig and Isadora Duncan and conceding that the art of the future refers to the art of the past, we look forward to receiving articles and theoretical essays based on one or more of the topics listed below, or other related themes:

Thus, the Revista Brasileira de Estudos da Presença hopes to receive articles resulting from research conceptually linked to the field of performance and animated forms, and other similar fields, establishing dialogues amongst them and with the topics indicated as a point for initiating discussions.

Submissions should conform to the journal’s standards and be posted directly to our submission system, to undergo our general evaluation process.

To submit a paper for this call, it is essential to select the proper heading on the journal’s website (Performance and Animated Forms). We remind you that the journal does not charge for submission or publication and uses a double-blind peer-review system. Texts can be sent in Portuguese, Spanish, English or French and will be published in two languages. Once an article is approved, authors who sent the original text in Portuguese or Spanish (and Portuguese speakers) will be asked to send a translation in English as a condition for publication of the articles. The translation should be conducted by a translator indicated by the journal and at the expense of the author. The journal will provide the translation to Portuguese of those papers sent in English or French whose authors are native in these languages and as long as there are financial resources available at the time of the edition. Additional information can be found on our website, www.seer.ufrgs.br/presenca; our guidelines can be found at
“Author Guidelines”.