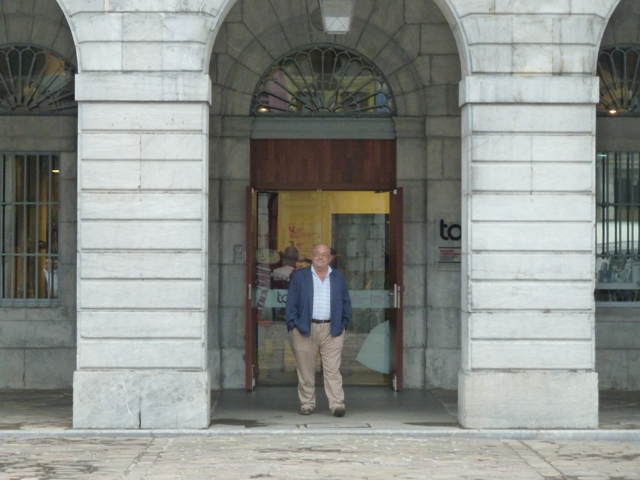 It is with deep sorrow and grief that UNIMA was informed about the sudden passing away of Miguel Arreche last night 11th October 2013.

Miguel Arreche former UNIMA secretary general (2000-2008) was a great friend of the puppetry world. He gave all within him to serve UNIMA. Amongst many of his achievements ,during his term with former president Margareta Niculescu, he managed to bring alive the World Encyclopedia of Puppetry Arts and regenerate the organisation’s destiny with intelligence and rigor.

His tireless efforts and work saw the realization of TOPIC one of the world’s most beautiful puppetry centers, a proof of where there is a will there will always be a way to achieve things.

His passing away is a great loss to UNIMA and Puppeteers around the world. Miguel’s smile, the mischievous twinkle in his eyes and his love, will remain with all he touched in his life on this earth.

Our deepest condolences to all his family and friends

“The Moving Finger writes; and, having writ,
Moves on: nor all thy Piety nor Wit
Shall lure it back to cancel half a Line,
Nor all thy Tears wash out a Word of it.”
Omar Khayyam

(You are requested to write your condolences on contact@unima.org, the messages will be forwarded to his loving family, as well put online on a page “In Memoriam” that we just opened)