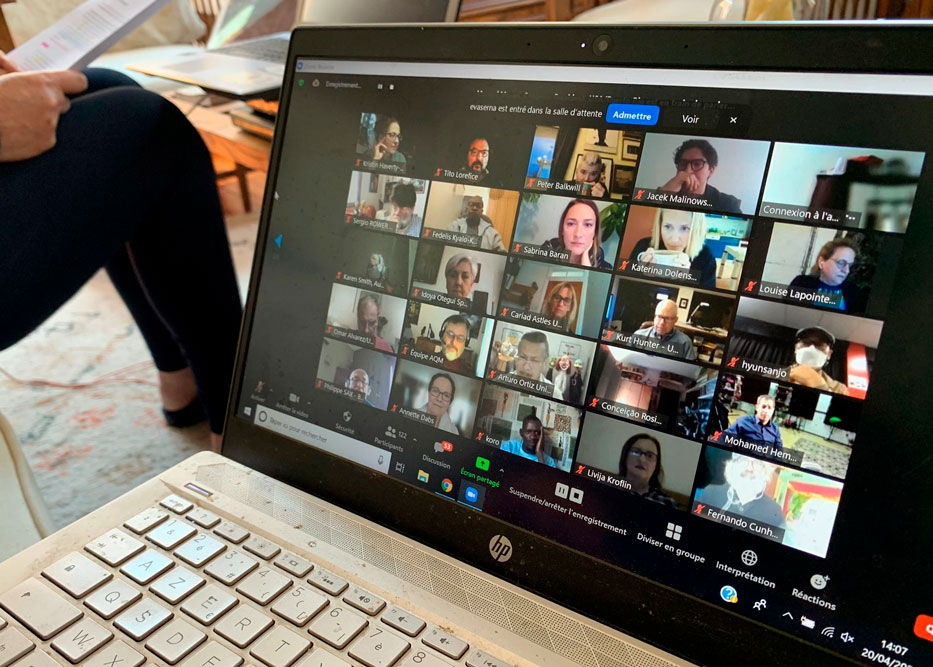 Yesterday, the assembly of the Centers and members of UNIMA gathered in Congress voted :

The Assembly validated the holding and validity of an exceptional digital Congress as well as the Sessions Presidencies defined before the Congress – Manuel Moran and Pierre-Alain Rolle – and the Congress Secretaries – Carles Cañeles and Roberta Colombo.

The registrar noted the presence of 150 participants and 135 voters, at the moment of counting.

The moral report of the Secretary General Idoya Otegui and the financial report of the Treasurer Lucile Bodson were validated by the assembly, which then voted the discharge of the current Executive Committee.

It continues today and until Friday.

Together we create the movement!

We are all UNIMA!