Brief history
Germany was a founding member of UNIMA. German assemblies of puppeteers in Magdeburg (1927) and in Baden-Baden (1928) were the precondition for the establishment of UNIMA. When UNIMA was reborn in 1957, Germany was a participating member.  It hosted the 7th and 9th World Congress of UNIMA, in Braunschweig and Bochum (1960), and in Munich (1966).After the division of Germany, the East German UNIMA Centre was founded in 1960/61. It hosted the 14th World Congress of UNIMA in Dresden in 1984. West German UNIMA was founded in Stuttgart on October 31, 1977 by Gisela Lohmann, Dr. Gerd Mensching and Martha Stocker.
After the reunion of Germany in 1990, West and East German UNIMA became one organization, UNIMA Germany, with a single National Centre managed by Dieter Brunner in Frankfurt and then by Gerd Taube.
UNIMA Germany hosted the 18th UNIMA Congress in Magdeburg in 2000.
Since 2003, Stephan Schlafke (Lübeck) and Ruth Brock Hausen (Northeim) have been leaders of the national centre.

Important projects and achievements
The Centre has implemented the project “Road of Puppetry” with the European Commission. It has worked for the creation of new museums: TheaterFigurenMuseum (Lübeck), ?Villa P?  (Magdeburg), the International Shadow Theatre Centre (Internationales Schattentheaterzentrum) in Schwäbisch (Gmünd).
It has various working groups: Amateurs, Shadow Theatre, Puppet Theatre and the school, the Road of Puppetry, audiovisual media, Science and the World.
Twice a year UNIMA Germany publishes its review, Das Andere Theater, and encourages scientific publications. 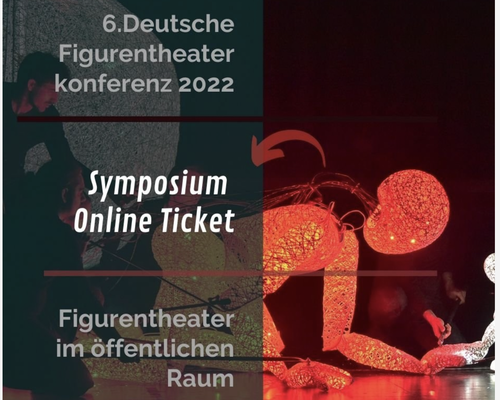 The symposium for the 6th German Puppet Theater Conference in live stream For the 6th time, the annual conference of puppet theaters will take place from August 26th to September 4th in Northeim, in the “Theater der Nacht”. The motto of the conference is “Figure theater in public space”. The Theater der Nacht is organizing […] 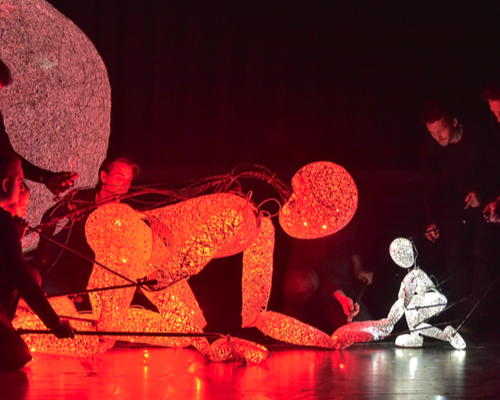 It’s on! The 6. German Puppetry Conference is taking place this summer in Northeim: 26 August – 4 September 2022. A week full of workshops, shows and symposium featuring international speakers, artists and teachers. „Puppetry in public“ spaces is our topic for the 2022 conference. We want to exchange ideas, inspire one another and enhance […] 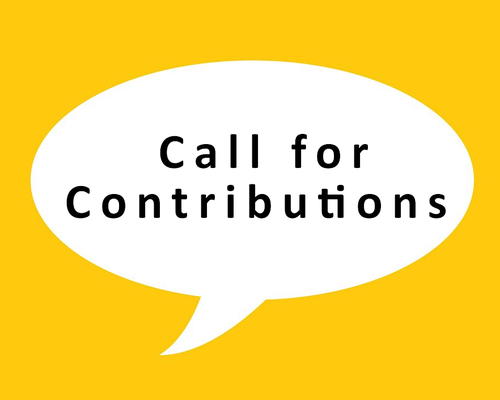 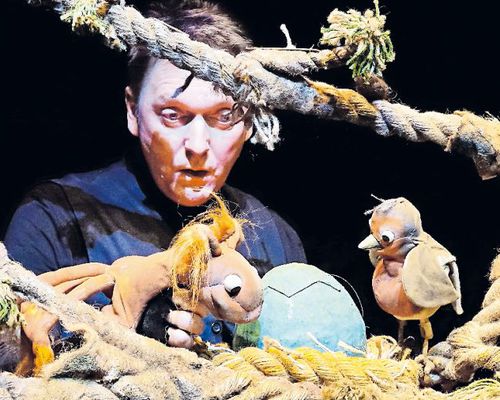 Stephan Wunsch will give a workshop on improvisation with digitally controlled technical instruments, titled Workshop: Also you, robot? Or: Programmer – ethos and robot soul. 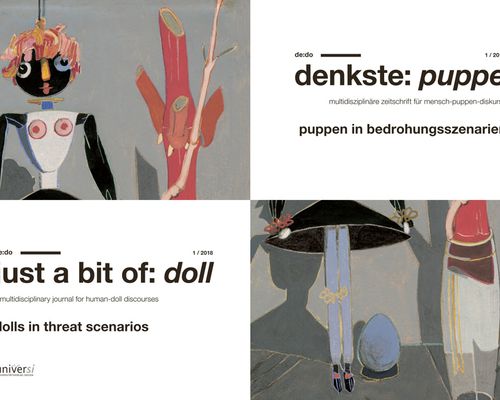 New online journal to read and write: de:do. Just a bit of: doll

The journal “de:do” is a project in cooperation with the Forschungsstelle Schrift-Kultur (Research Center for Written Culture) at the University of Siegen. In addition to the areas of literature and literary studies, the journal addresses research from a wide spectrum of disciplines including psychology, education, visual and performing arts and the entire spectrum of cultural studies. It […] 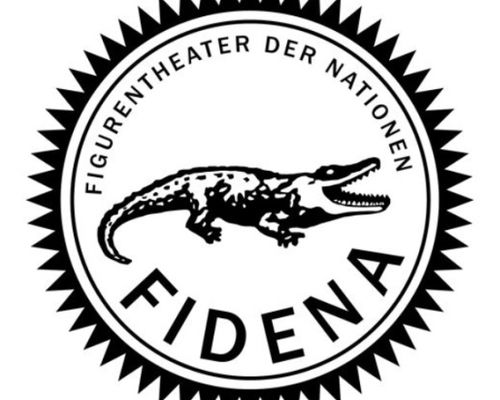 Festival FIDENA in Bochum, Germany, offers visitors program for May 2018

Call for application, for: International Festival directors, curators and journalists The visitors program includes travel costs, accomodation, meals, excursions to museums and theatres in our region and free tickets to the performances of festival FIDENA. The festival takes place between May 8th and 18th, the visitors program covers approximately 4 days. It is possible to […] 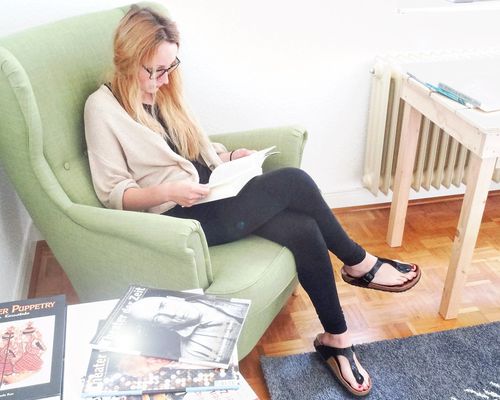 Invitation for applications for a “Researcher in Residence” in Bochum, Germany

Since 2006 the German Forum for Figure Theatre and Puppetry in Bochum has been awarding a grant enabling scholars and artists to do research over a period of several weeks. During their stay, winners can use the specialist library and archive as well as working in the comprehensive mediatheque that currently contains around 600 videos […] 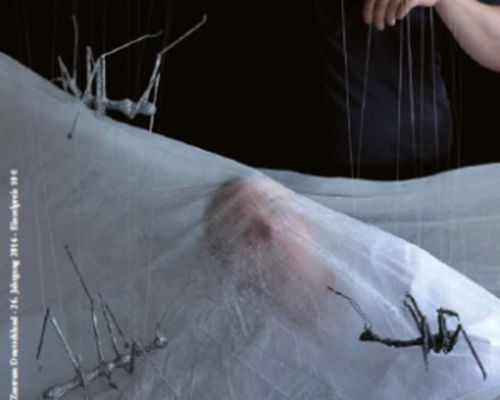 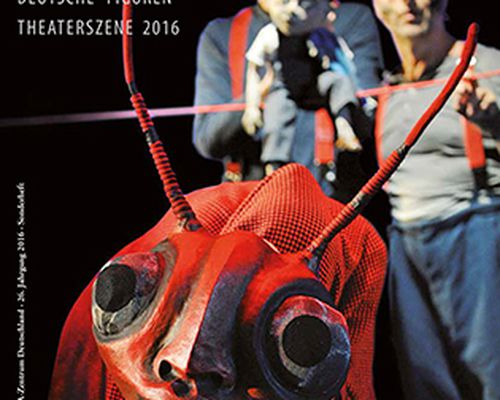 The new issue of the magazine “Das andere Theater” is an illustrated book about puppet-theatre in Germany and contents all important puppetry-adresses of the country. We want to bring this issue also to Tolosa. 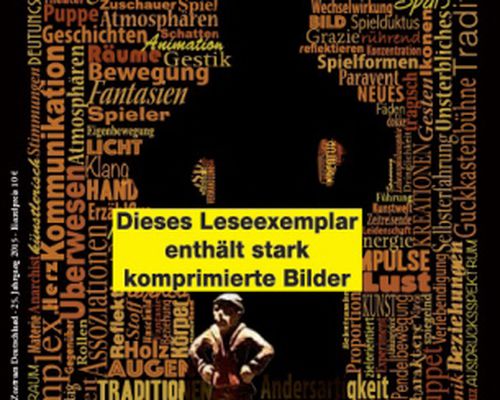 Issue of # 88 of Das andere Theater

UNIMA is pleased to invite you to discover the issue # 88 of the German national centre Newsletter, UNIMA-Das andere Theater > Read the newsletter (in German)