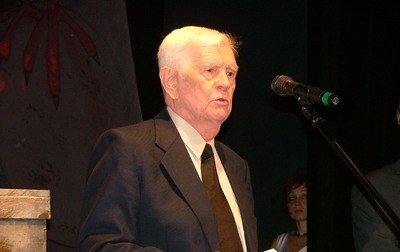 On December 7, the Palazzo Vecchio, Salone dei Cinquecento in Florence, will be the award ceremony of the Prize ” Lorenzo il Magnifico “.

This year the Florence Biennale awarded (in another ) Award 2013 ” A Life Culture ” Professor Henryk Jurkowski , an eminent scholar and Honorary President of UNIMA . He was President and Secretary General of UNIMA . The award is in recognition of his outstanding contribution to the historiography and research in the context of the puppets.

His interdisciplinary analysis of the puppet in all its forms – through different techniques and cultural areas – contributed significantly to the understanding, appreciation and development of the theater appears as an art form.

Professor Jurkowski honor a masterful lesson community of artists, researchers and art lovers who will gather in the city on the occasion of the IX Medici Florence Biennale.

The Florence Biennale is committed to make efforts to provide spaces for creativity and cultural exchange for talent that explore the expressive possibilities of the puppet on the contemporary scene.