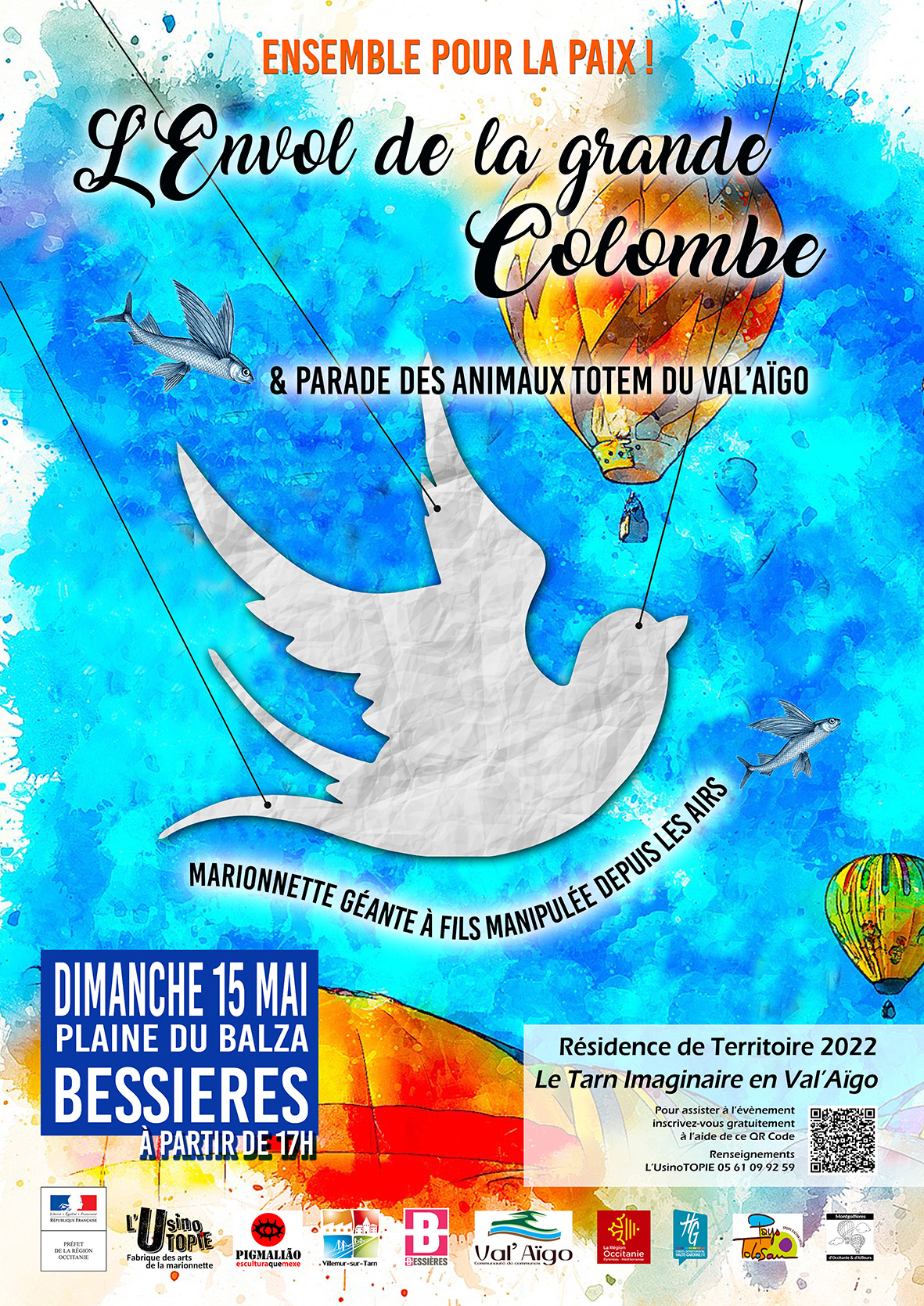 On Sunday 15 May, at 5pm, on the Balza plain, a spectacul’AIR event is scheduled in Bessières.

Because the geo-political context is particularly worrying, the artist and UsinoTOPIE invited all the volunteers to co-create an artistic response to this reality. Also, the giant puppet being created is a Dove, carrying messages of peace and hope, from the inhabitants and the refugees welcomed in the territory.

In 2019, these same artists had already intervened to build giant puppets with the effigy of a totem animal for each of the towns of the community of communes. This family of totem animals, symbolic of the “Val Aïgo”, has already met more than 1500 people during its previous appearances!
For Bessières, a turtle was built, for Bondigoux, a dog, for Le Born, a hummingbird, for Buzet, a goose, for La Magdelaine sur Tarn, a cat, for Layrac, a bull, a fish in Mirepoix, a parrot in Villematier and a lemur in Villemur-sur-Tarn.

Today, the “Together for Peace” project brings together all the communes of Val’Aïgo around the same animal, a way of overcoming the question of borders.
During the event on 15 May, the 9 puppets will parade again, accompanied by the children of the territory who participated in the mask workshops.

The project is within the framework of the Tarn Imaginaire residency in Val’Aïgo, coordinated by the UsinoTOPIE association, a puppet arts factory, in partnership with the Val’Aïgo Community of Municipalities and the Drac Occitanie, the Brazilian company Pigmaliao Escultura Que Mexe, proposed to the inhabitants of the territory to co-construct masks and a giant string puppet for a month.