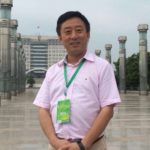 Hong Shijian, China
Director of Quanzhou Marionette Theatre, Artistic Manager
Graduated from National Academy of Chinese Theatre Arts, Hong Shijian first worked in Jinjiang Hand Puppetry Theatre and then in Quanzhou Marionette Theatre till now. He organized and created puppetry shows such as “Wu Li Bridge”, “Fairy in Qingyuan”, etc. have received Wenhua Award of Ministry of Culture of China and the National Excellent Showcase Award. He initiated the establishment of the Dissemination and Exchange Center for Puppetry in Hong Kong and his theatre hosted the first National Puppetry Performance Training Class of String Puppet. His book Glove Puppetry Play in Southern China has been collected in the National Intangible Culture Series. 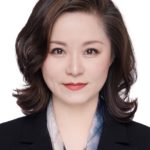 He Xiaoqiong, China
Puppeteer, Director, Organizer of Shanghai International Puppetry Festival
She became a puppeteer in 1996 and has been one of the main actors in Shanghai Puppetry Theatre. She has been the leading actress in over 30 plays and received many national awards. She is the only award winner of both Acting and Singing in the history of National Puppetry Competitions. 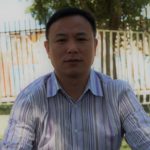 Tang Guoliang, China
Director, Organizer of Nanchong International Puppetry Festival
He is an actor and a director of Nanchong Huge Puppet Theatre and has been the leading actor and director of many shows and plays. He was the Producer and Chief Director of the variety shows celebrating the 50th anniversary of the establishment of diplomatic ties between China and France. He directed such shows as Beauty of Mount Emei, Myth of Butterfly, etc. which have received several awards in National Puppetry Competitions. 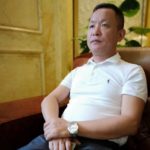 Tan Qingsong, China
Scenic Designer, Project Manager of Hunan Shadow Puppet Play as being inscribed in the Representative List of the Intangible Cultural Heritage of Humanity of UNESCO.
He has been working as the scenic designer in Hunan Provincial Puppetry and Shadow Art Protection and Inheritance Center and was the chief designer of many shows and plays. His scenic design in the shadow puppetry play Dance with Wolves received the Best Stage Design in the 21st World Puppetry Festival and the Tian Han Design Award for Scenic Design. His designs in several other shows have also received many national and provincial awards. 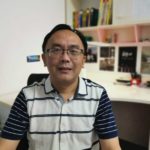 Tian Qingquan, China
Stage Technician, Chief Director of the People’s Art Theatre of Wuhan
He was the producer of many popular modern and music dramas like Dong Biwu, The Adventures of Goose-Riding Nils, Young Confucius, Nine-Colored Deer, etc. Some among which have received national awards. He also successively organized Wuhan International Drama Season, Modern Drama Festival for College Students, Wuhan Puppetry and Shadow Art Festival, Wuhan Children’s Theatre Festival, etc. He was the winner of the Award for Management of the Golden Lion Modern Drama. 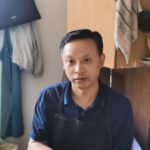 Dai Ronghua, China
Puppet Designer, Leading expert of “Dai Ronghua Studio of Educators”, Director
He has designed for over one hundred shows and plays of Yangzhou Puppetry Theatre and was awarded as the TOP 10 Craftsmen in Yangzhou and received many national awards like Excellent Puppet Design Award and Design and Craftsmanship Award. 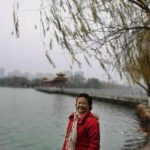 Chen Yingxian, China
Doctor of Literature, Expert of National Artistic Management and Research Plan, President of China Puppetry and Shadow Art Association
She has participated in the planning, creating, organizing and researching of several renowned national art activities such as Festival of China, Wenhua Award, etc. She also planned and organized the Art Project Review of the National Social Science Foundation, National Social Science Foundation Award evaluation for Art Theoretic Achievement and evaluation of Excellent Research Achievements of Art by Ministry of Culture in China. Her publications include biographies Sensation for the Land – Ba Jin, Thunder above the Sea – Cao Yu, etc.