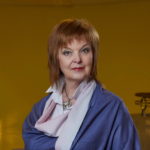 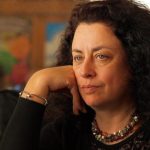 Kalina Wagenstein, Bulgaria,
Director, ArtOffice Sofia Foundation
She has worked for the Bulgarian News Agency, the National Film Centre and the National Film Archive. She has been the Bulgarian representative at the EURIMAGES Fund of the Council of Europe. In 1999 Mrs. Wagenstein took the lead of the Sofia office of the Swiss Cultural Programme in South-Eastern Europe and Ukraine. In 2007 she created the Art Office Foundation. It was registered as a non-profit organization in public benefit engaged with promotion and circulation of performing arts, working with Bulgarian artists and their artistic production in the country and abroad. IETM and EEPAP member. http://artoffice.bg/eng/ 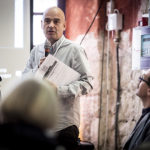 Petar Todorov, Bulgaria,
Artistic Director, Pro Rodopi Art Centre
Theatre director, MA graduate of National Theatre Academy in Sofia. His career includes creation of over 30 puppet, drama, visual and physical theatre productions at various theatre companies across Bulgaria and abroad. Currently he is Artistic director of Pro Rodopi Art Centre where he has directed and produced more than 10 productions which have been travelling all over the world. Petar has been leading many workshops of his own physical theatre method in USA, UK, Australia, various European countries etc. https://prac.biz/ 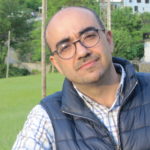 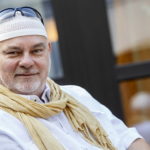 Marek Waszkiel, Poland,
Theatre Academy n/a Aleksander Zelwerowic
Professor of history of puppetry art at the Theatre Academy in Warsaw (since 1978), historien, critic, lecturer, editor. Artistic consultant of the Amber Theatre in Shenzhen (China). He was a vice rector of the Warsaw Theatre Academy, responsible for the Puppet Theatre Department in Bialystok; a head of the Bialystok Puppet Theatre and Animation Theatre in Poznań. Simultaneously he was the president of UNIMA-Poland, a member of the executive committee of UNIMA International. He published many studies on puppetry in Poland, as well as many articles about puppet theatre in all over the world. www.marekwaszkiel.pl 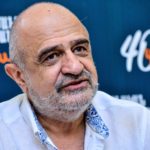 Ruben Babayan, Armenia,
Artistic Director, Yerevan Puppet Theatre
Artistic director of the Yerevan State Puppet Theatre, professor, head of the Acting and Directing department in Yerevan State Institute of Theatre and Cinematography, vice president of UNIMA Armenia. Honored Artist of Armenia. Participant and owner of the awards of international festivals and events in not less than 25 countries http://www.armpuppet.am/

Moderator: Alexey Goncharenko,
Critic, Project Manager, Theatre Union of the Russian Federation
PhD in Art Criticism and Art History (2005). Leading specialist of Department for children and youth theatre, puppet theatre of The Theatre Union of the Russian Federation (since 2001). Has written more than 600 articles about drama and puppet theatre, that have been published in Russia and abroad.