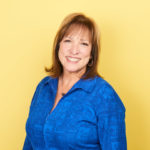 Pam Arciero, United States
Artistic Director, National Puppetry Conference, Eugene O’Neill Theater Center
Secretary of the Board of Directors, Jim Henson Foundation
Pam Arciero is a principal puppeteer with Sesame Street and has worked on many adult and children’s programs. As a stage director she has directed many shows for Sesame Live among others. She has taught for the Hong Kong Academy of Performing Arts, the University of Hawaii, Sesame Street International; South Africa; remotely for Afghanistan and Bangladesh, Taipei National University of the Arts, the University of Connecticut, and California State University, Fresno. Pam also serves as the Artistic Director of the National Puppetry Conference at the Eugene O’Neill Theater Center in Waterford, CT. https://www.theoneill.org/pup
https://en.wikipedia.org/wiki/Pam_Arciero 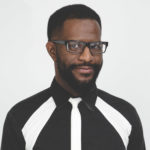 Raymond Carr, United States
Puppeteer, Director, Owner of Puppet Ninja Productions
Raymond Carr is a Jim Henson Company trained puppeteer who has been performing for more than 15 years. He has traveled to every major city in North America and parts of Europe working on multi-million dollar productions. He is skilled in state of the art animatronics, Muppet-style puppetry, motion capture digital puppetry, and traditional theatrical puppetry. Raymond is one of the main characters for the Jim Henson Company’s new show, Splash and Bubbles on PBS Kids. https://www.ninjapuppetproductions.com/ 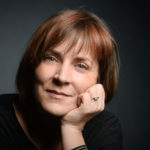 Kata Csató, Hungary
Puppet theater director, actress, cultural manager and teacher of puppet theatre
Kata Csató graduated from the Department of Cultural Organisation (specialization: theatrical) at Janus Pannonius Academy in Pécs, Hungary in 2000. In 2001 she enrolled at the Aleksander Zelwerowicz State Academy of Theatre Arts – Puppet Theatre Art Department in Bialystok and graduated in 2006 with a degree in both specializations: puppet theatre acting and directing. Since 2008 she has been pursuing a doctoral degree in liberal arts (DLA) at the University of Theatre and Film Arts in Budapest, Hungary. http://szfe.hu/oktato/csato-kata/ 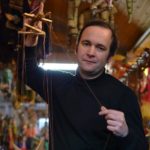 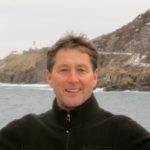 Jim Morrow (Canada)
Managing Artistic Director, Mermaid Theatre of Nova Scotia
Jim Morrow is Managing Artistic Director of Mermaid Theatre of Nova Scotia, designer, teacher, mentor and creator of many of Mermaid’s celebrated productions. His tours as a performer with Mermaid have taken him across North America, the United Kingdom, and Asia. He has directed, designed, and carved the puppets for stage, film, television, parks, and industry and has created twenty-eight shows for Mermaid. www.mermaiftheatre.ca 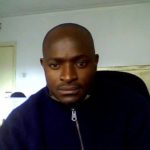 Phylemon Odhiambo Okoth
Artistic Director, Kenya Institute of Puppet Theatre (KIPT)
Phylemon Odhiambo Okoth is a puppetry/community education trainer and artistic director. He has been central to the development of puppetry in social development in Kenya and other areas of Africa. In 2004, Phylemon became the founding president of UNIMA-Kenya. In 2006, he launched the Kenya Institute of Puppet Theatre (KIPT), where he serves as Artistic Director. KIPT trains community puppeteers and seeks to increase levels of professionalism in Kenyan puppetry. 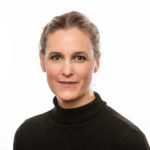 Janni Younge (South Africa)
Director of UNIMA South Africa
Janni Younge is a director and producer of multimedia, theatrical and visual performance works, with an emphasis on puppetry arts. Janni’s work has been performed widely internationally in North and South America, Africa, Europe, India and the East. www.janniyounge.com/about

The debates will be proposed on different platforms, including Zoom, Facebook Live and You tube.

If you are a National Center of UNIMA and you wish to organize a debate, please contact: resiliart@unima.org