The nostalgic and the new 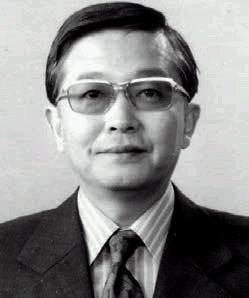 I like to think that Iida City, which has passed on long traditions to subsequent generations and brought them into the modern age, has already become renowned throughout the world. New performing arts, particularly from Europe and America, engulfed Japan, and the unique culture that this island nation had nurtured over the years became like a little boat drifting through a vast storm, and eventually disappearing. Around that time, a large household with exceptional puppeteering skills flourished and developed on Awaji Island, and travelled around the country giving performances. Local landowners gave the puppeteers somewhere to live, and they in turn taught the local people about their craft, leading to the founding of a puppet theatre which still survives today.

In recent years, many of the towns and villages around Iida have been incorporated into that castle city. Theatres for the Kuroda and Imada puppet companies, where they can put on performances whatever the weather, were completed using Japanese architectural techniques, with the help of the city. In the style of the Edo Era, the new Kuroda theatre has a covered stage for the puppet performances, and maintains the tradition of the audience watching from an outdoor amphitheatre. The outstanding feature of the Kuroda puppets is their hair, which is apparently re-tied before every single performance. Personally I think that the hair of the Kuroda puppets is the most beautiful amongst all the varieties of three-puppeteer puppet heads, including bunraku and awaji, and I am filled with admiration every time I see it. I sincerely hope that, whatever else may happen, this hair is protected for ever.

Fifteen years ago I was invited to Iida City, which built the Sennosuke Takeda International Marionette and Puppet Museum in Zakoji, surrounded by the Southern and Central Alps, in a place of natural beauty now rare in Japan.

About forty years ago, a child who I suppose must have been an elementary school student was giving me a concerned look as I watched a performance at the Comédie-Française in Paris. Though I was laughing just at the gestures of the performers, the child wanted me to enjoy the dialogue too, and I was deeply touched at this child’s act of kindness. Rather than waiting until they are adults, it is at an early age that we should expose our children to beauty and culture. I continue with my work at the museum in the hope that one day there will be little boys and girls like this in all the puppet theatre cities of the world.

Born in Iida city in 1930. Worked extensively in marionette theatre on television, in films and on the stage. Ex-member of executive committee of UNIMA , Honorary President of UNIMA JAPAN, Director of the Takeda Memorial International Marionette Museum.