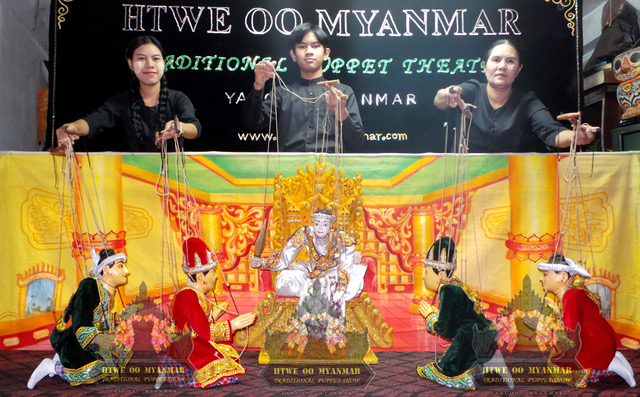 The eighth “Michael Meschke International Award for the Preservation and Revival of Puppetry Arts” has been awarded to HTWE OO MYANMAR PUPPET THEATRE, Yangoon, Myanmar for its courageous and persistent struggle to preserve traditional Burmese puppetry.

She contributes by her example to encourage her colleagues as well as the future generations of artists… The puppetry of this ancient and popular but endangered art requires virtuoso manipulation for an epic repertoire defending freedom that no power has been able to stifle until now.