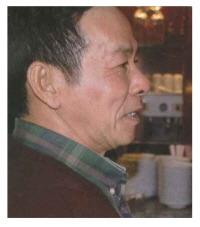 It’s with sadness that UNIMA has learned the death of the former Secretary General of UNIMA China, LI Yuchao.

A passionate advocate for the puppetry art in China, former director of China Guangdong Puppet Troupe and former deputy chairman of China Shadow Play Art Institute, he passed away on 2 April 2014.

The General Secretary expresses its sincere condoleances to all his familly.