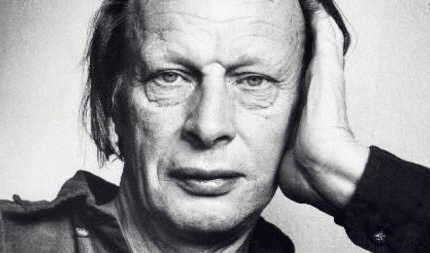 Dutch Puppeteer Feike Boschma died at the age of 93, November the 13th 2014 after a brief illness. Boschma developed his work in World War II and debuted in 1947 at the cabaret shows of Wim Sonneveld. In the following decades he worked with artists from various disciplines such as dance, mime and visual arts. Together with the Viennese dancer Cilli Wang Boschma performed in cabaret programs of Wim Kan. He also collaborated with mime-actor Rob van Houten, elocutionist Willy Brill, and “the Greek connection”: director Nikos Armaos, composer and musician Hiraklides Paskalidis and scenographer Apostolou Vettas. In 1983 he got the Wim Meilink – price for his entire oeuvre from the Dutch Association for Puppetry. In Amsterdam a production house for visual theater is named after Boschma. At the website of Feikes House he is called an innovator par excellence, inspiring many puppeteers and theatre people “with its musical and poetic performances”. His puppets were made of a piece of cloth, some wire to support the form and the movement, and a number of threads to a simple crosswood. With a stylized attitude, a characteristic gesture and a striking motion he stimulated the imagination of the audience. You can see some of his oeuvre at the: http://wiki.theaterencyclopedie.nl/wiki/Feike_Boschma