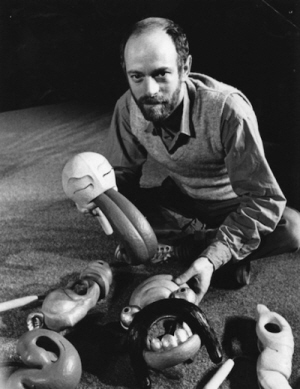 We are saddened to report that Christopher Leith passed away on 17th October 2015.
Christopher Leith was a master puppeteer, director and writer.
He was the director of the Little Angel Theatre from 1992 to 2000.
Of his own creations, perhaps his masterpiece was a version of the Beowulf legend which was shown in 1979 by the National Theatre.
His last creation was Three Stages for Lazarus in which he himself played at the preview in Hastings a few weeks ago.
Read the tribute written by Penny Francis