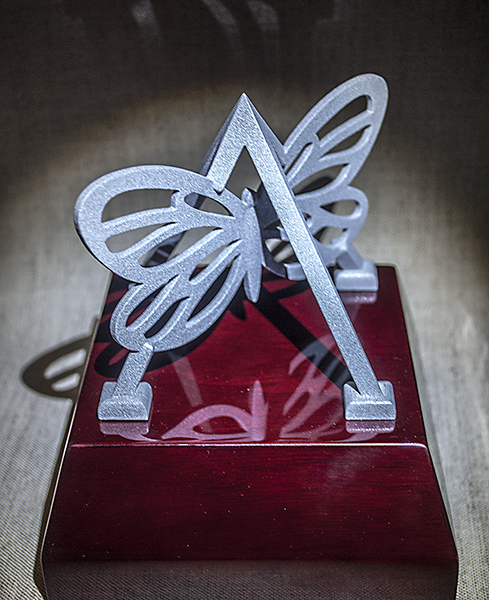 The Arlyn Award is a world-wide search for outstanding design in the puppet theatre and any puppeteer, anywhere in the world may enter.

Every two years the Arlyn Award Society’s Board of Directors appoints a three member international jury who sets its own criteria. The Jury’s decision is final and cannot be altered by the Directors. The selected designer receives a trophy and a cash prize of approximately US$1,000.00. All entries which remain into the final found of judging receive a Certificate of Recognition.

The deadline for receiving entries for the 2020 Arlyn Award is 15 February, 2020.To be eligible, however, the production must have premiered in 2018 or 2019 and only one entry per designer or troupe is accepted. For full details on the Arlyn Award and how to enter, please visit http://arlynaward.org

In 2018, Arlyn Award was presented to Between Two Hands of Amsterdam, Netherlands for theirs production “Paperwork.” Previous Arlyn Awards have gone to designer/puppeteers in Russia, the United Kingdom, Canada, Iran, and the U.S.

As well, 2018 Arlyn Certificates of Recognition were awarded to the three other entries which remained into the final round of judging.

The Arlyn Award is in memory of Arlyn Coad, co-founder and artistic director of Coad Canada Puppets for thirty-three years.