Animatus International contest for realization of a puppet, animated object or theatre form 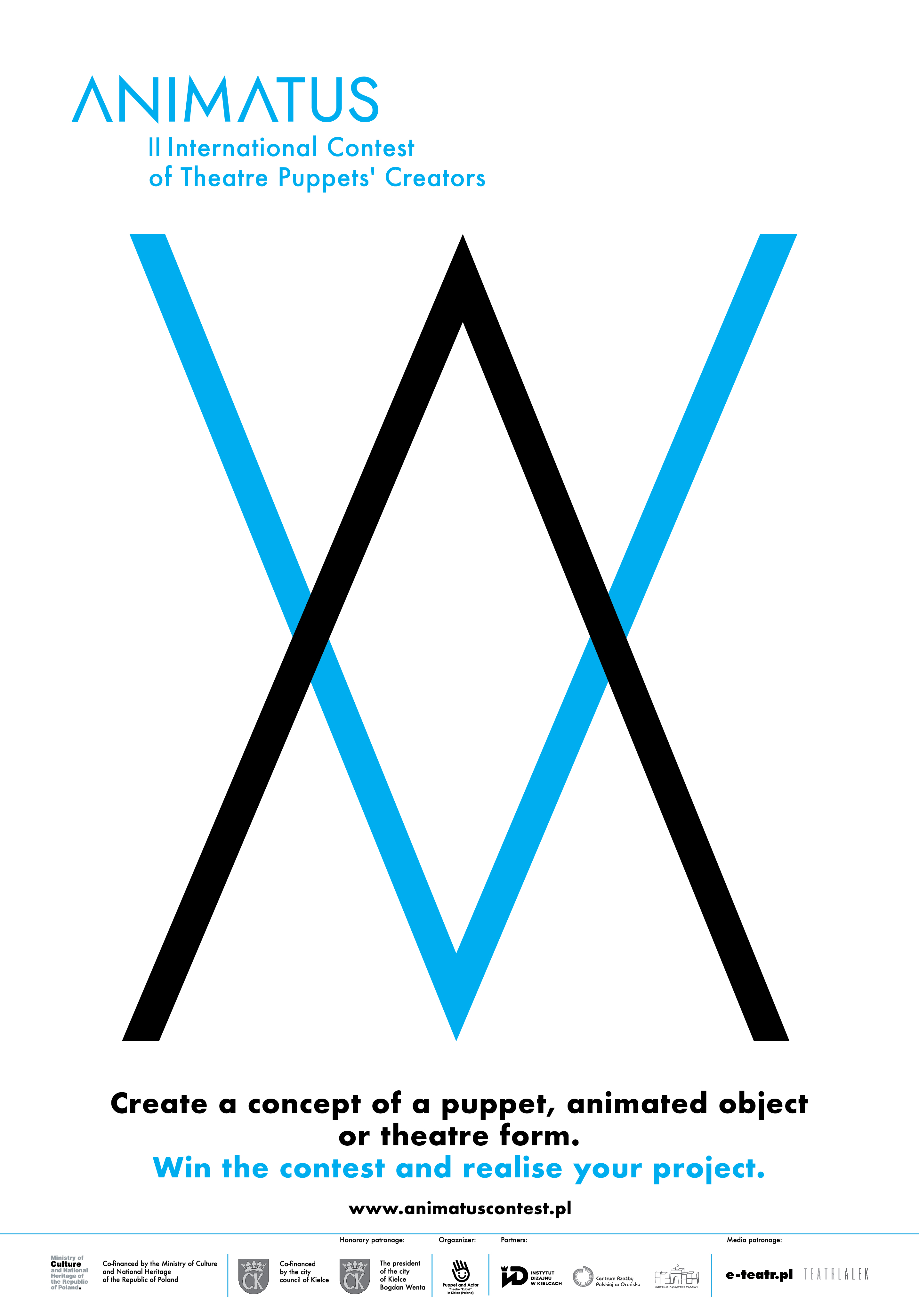 Animatus is an international contest for the concept and realization of a puppet, animated object or other theatrical form, which is initiated by the Theatre of Actor and Puppet “Kubuś” in Kielce (Poland) in 2018.

The project is carried out in cooperation with the Center of Polish Sculpture in Orońsko, the Design Institute in Kielce and the Toy and Fun Museum in Kielce and aims to find new forms of expression in the field of puppet theater (including puppet theater for adults) and supporting innovative stage design projects.
The main idea of the event is exploring the theatrical form in confrontation with the development of new technologies and various aesthetic concepts, so the competition has got an is interdisciplinary character.
The competition task is to prepare the original design of a puppet/ animated object / theater form, intended to be used in a theatrical etude or performance. The deadline for submitting applications and projects, info@animatuscontest.pl, expires on the 20th of August 2019.
Each of the winners will receive an award of 1100 Euro and will take part in artistic residency, within which they will carry out their competition project.
We hope that “Animatus” will be an attractive challenge for artists, enabling them to develop and create creative explorations. We invite you to participate in the competition!
More informations: www.animatuscontest.pl
For any questions and enquiries please contact info@animatuscontest.pl or call +48 698 859 302 to coordinator of project Karolina Gregorczyk