A new team for the Belgian Center 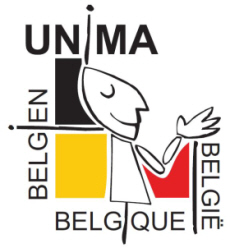 The General Assembly of the Belgian Center met in Brussels on 28 March 2017. She paid tribute to Ronny Aelbrecht, the former president. Elected on 16 March 2005, he worked for twelve years to foster exchanges between the two sections forming the Belgian center: the Flemish section and the French section. According to the federal organization of the country, each section has a judicious autonomy, but Ronny understood that one gains more to build bridges than to build walls. This was the basis for the organization of an annual day of the Belgian Center, alternately in Flanders or in the French Community of Belgium. Each of these days is an excellent opportunity to bring together puppeteers, puppet friends who are happy to meet around their common passion. He also helped open the Flemish festival “Koninklijke Landjuweel” to French-speaking and German-speaking puppeteers. He also represented our Center at the international level as a Belgian councilor and for many years as a member of the Executive Board of UNIMA. The Belgian Center thanks him and will always be happy to benefit from his support! The new team is looking for opportunities to develop joint projects. The construction process is open!

The composition of the Board of Directors elected for 4 years