Message of Ranjana Pandey for the World Puppetry Day 2022 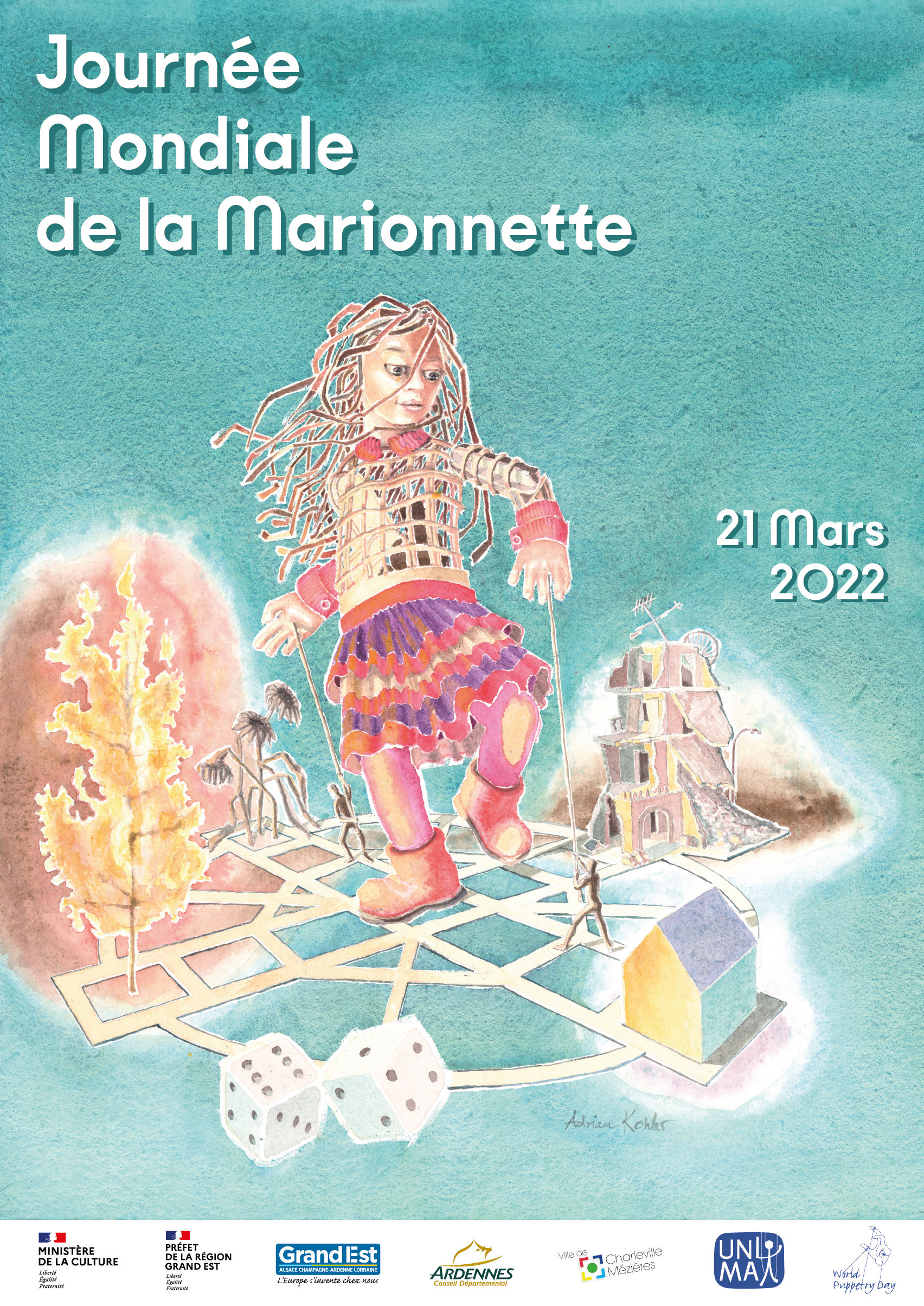 The Sea always carried storytellers and their stories from one shore to another, from one island to the next, from one continent to many.  The stories swirled together, marinated in many cultural stews and became magical and immortal.

It is the stuff of stories since the beginning of time, full of sea dragons, mermaids and many fantastical creatures.

It is through these waterways that princesses and pirates, sailors and traders took trousseaus of wealth, entourage of craftsmen, court jesters and exotic produce and, of course, the great mythologies like Mahabharat, Ramayan, Sagar Manthan, Sindbad the Sailor, Journey to the West, One Thousand and One Nights…as they travelled from one culture to the next.

The stories changed with each telling, gathering subtle layers over centuries.

The Sea remains magical and mysterious, touching the lives of millions on this planet. It feeds, sustains, and inhabits the imagination of all. The Ocean is the force from which all life on this planet emerged.

But today’s reality is poignant. The sea is our last frontier today – the last frontier between us and annihilation of life as we know it. Today the sea is polluted, gasping for life, strangled by nets of greed and neglectful waste. It has been reduced to a garbage filled soup of dying corals and marine life. Each one of us is in some little way is part of this sad reality.

Here then is a challenge to all of the story tellers of today to revive the respect for the Seas of Earth – our only home.

Let us put our collective talent to the task. Right Now!

Indian puppeteer, playwright, theatre and television director, and educator. Ranjana Pandey graduated from Delhi University in English Literature, with an MA in Mass Communication and a Diploma in Journalism. She trained in puppetry in Belgium under Theatre Toone, Theatre Tilapin, and Théâtre Royal du Peruchet.

In 1982, Ranjana Pandey founded and directed Jan Madhyam (“the people’s medium” or “of the people”), a community media-based, educational puppetry company. Ranjana Pandey is one of the pioneers in the Indian subcontinent to explore puppetry as therapy.

Jan Madhyam created a puppetry-based weekly “Chowkoo-Pili” (Chowkoo or “cube-headed” boy and Pili or “yellow” girl) series of shows (1984-1990) for Delhi’s intellectually disabled youth, which taught learning concepts and developed social skills and values, performed with partners including Karen Smith and Shubha Saxena. These weekly shows were taken to schools, slums, and villages in the Greater Delhi and Haryana region. This work has continued to improve the lives of the disabled, with special attention to girls and women.

Other development communication programmes using puppetry and performance media have focused on literacy, the needs of the disabled, ecology, endangered species, income generation, sanitation, health, and violence against women.

In 2000-2002, Ranjana Pandey created and directed the first puppetry-based, 18-episode television series for children, Khullum Khulla (Free and Open), which was telecast by India’s national broadcasting corporation, Doordarshan, several times through a period of eighteen months.

Ranjana Pandey is on the faculty of several teacher training and mass communication colleges including Jamia Millia Islamia (National Islamic) University in New Delhi and she gives workshops on puppetry for education, therapy and development.